Day 6: Camping in a Snowstorm

A huge storm came in right after Thunder left. We laid in the tent listening to the sound of the wild wind, the rain, hail, snow, and huge waves crashing on the Khovsgol shore. The waves were so powerful that it was almost frightening, I never imagined that a lake could sound like that! I felt like I was back on the North Shore of Hawaii, not in northern Mongolia.

I also got sick that night. Rolled around the tent for hours, feeling nauseous and wanting to throw up. It must have been the fermented horse milk.

In the morning, there was about 15 cm of snow outside. It was still windy and stormy.

Perfect day to spend under a big puffy sleeping bag :)

Khovsgol photos by Felix (he takes way better photos than me :D):

Oh and do you remember Mushi Pushi?! Actually, Mushi Pushi left during the snowstorm, but when we went on a little walk around the lake, another dog decided to tag along with us… So we named him “Mushi Pushi II”. He stayed with us for 2 or 3 days, even though we never even fed him (we didn’t have enough food for him :( ). 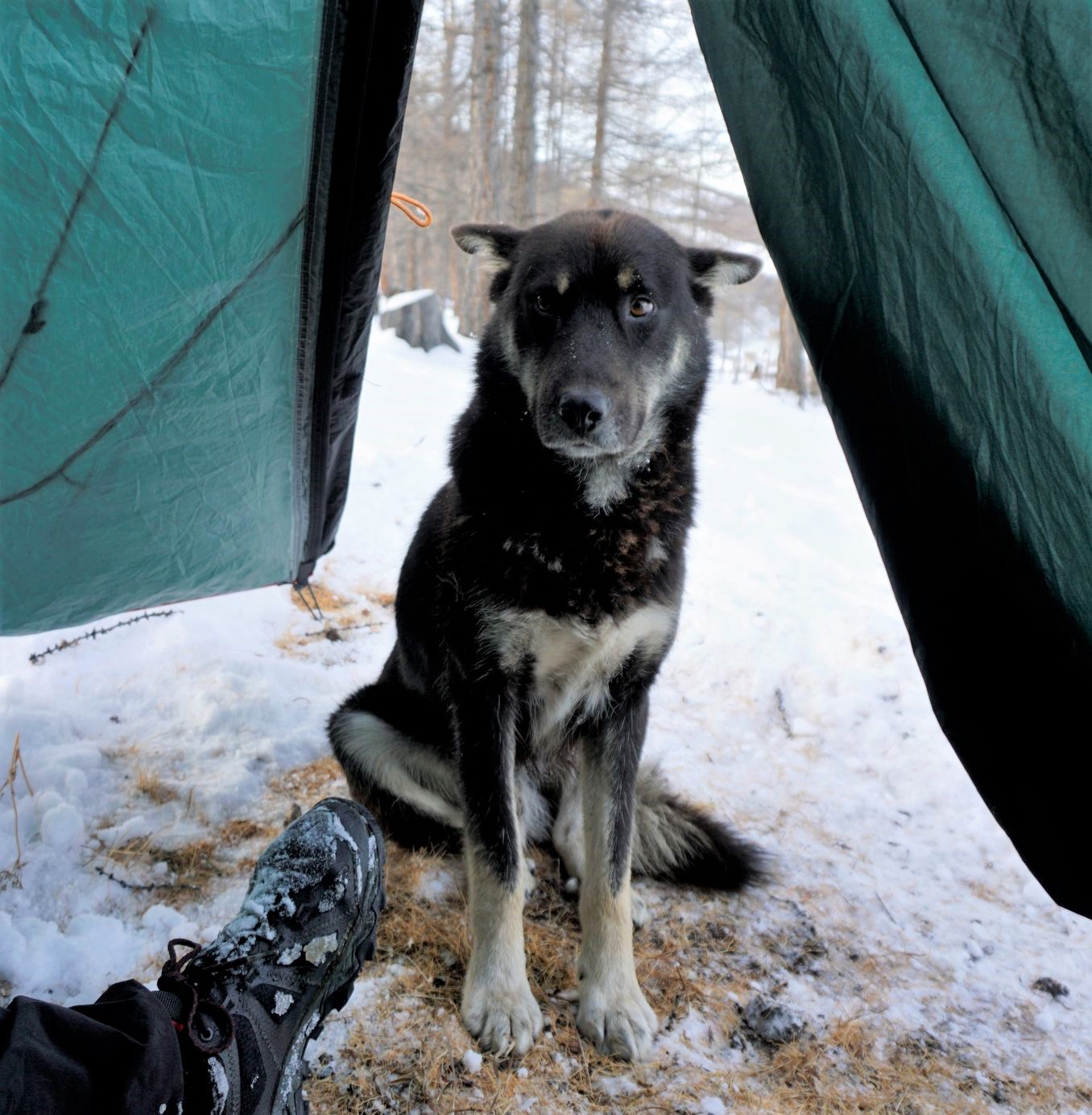 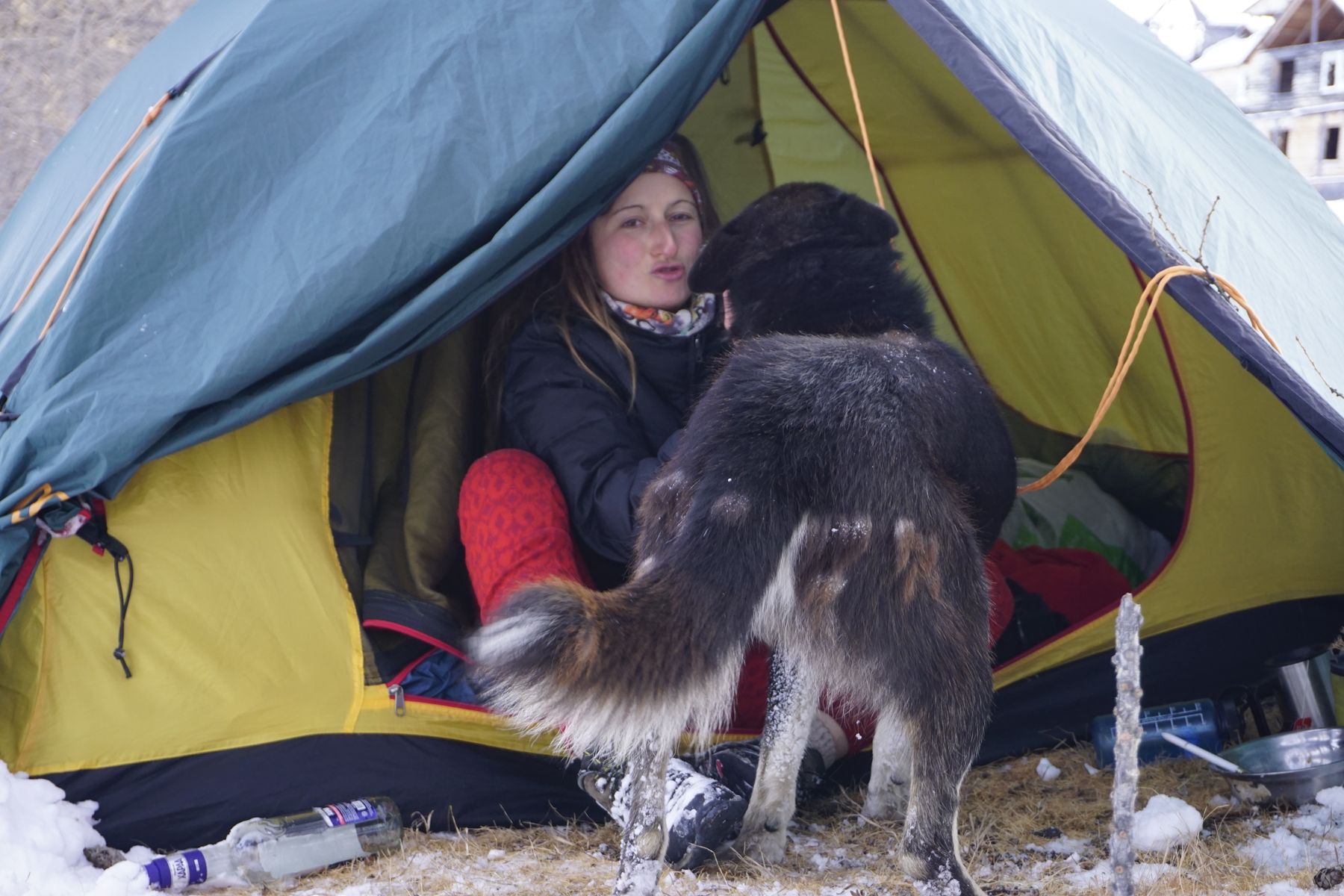 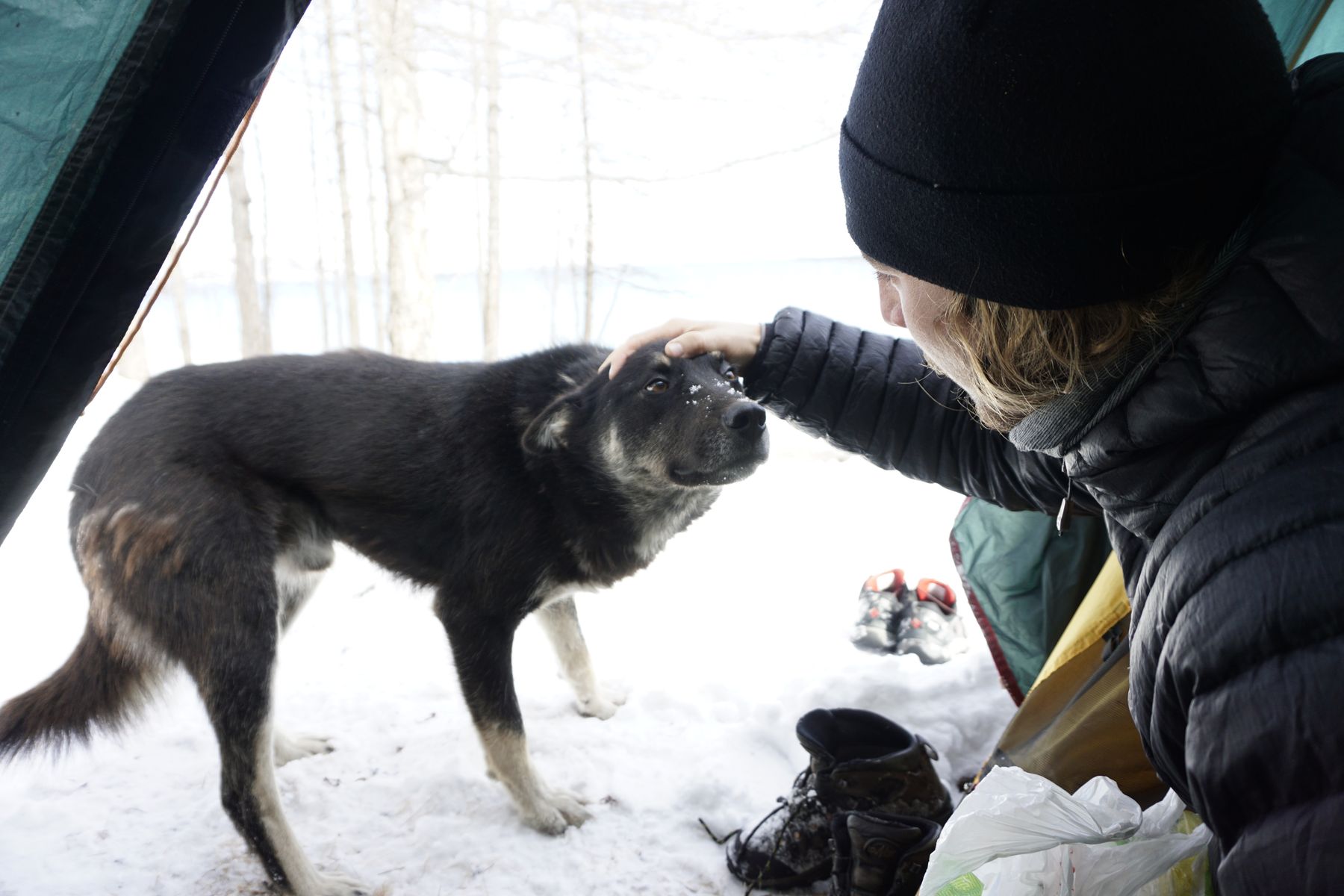 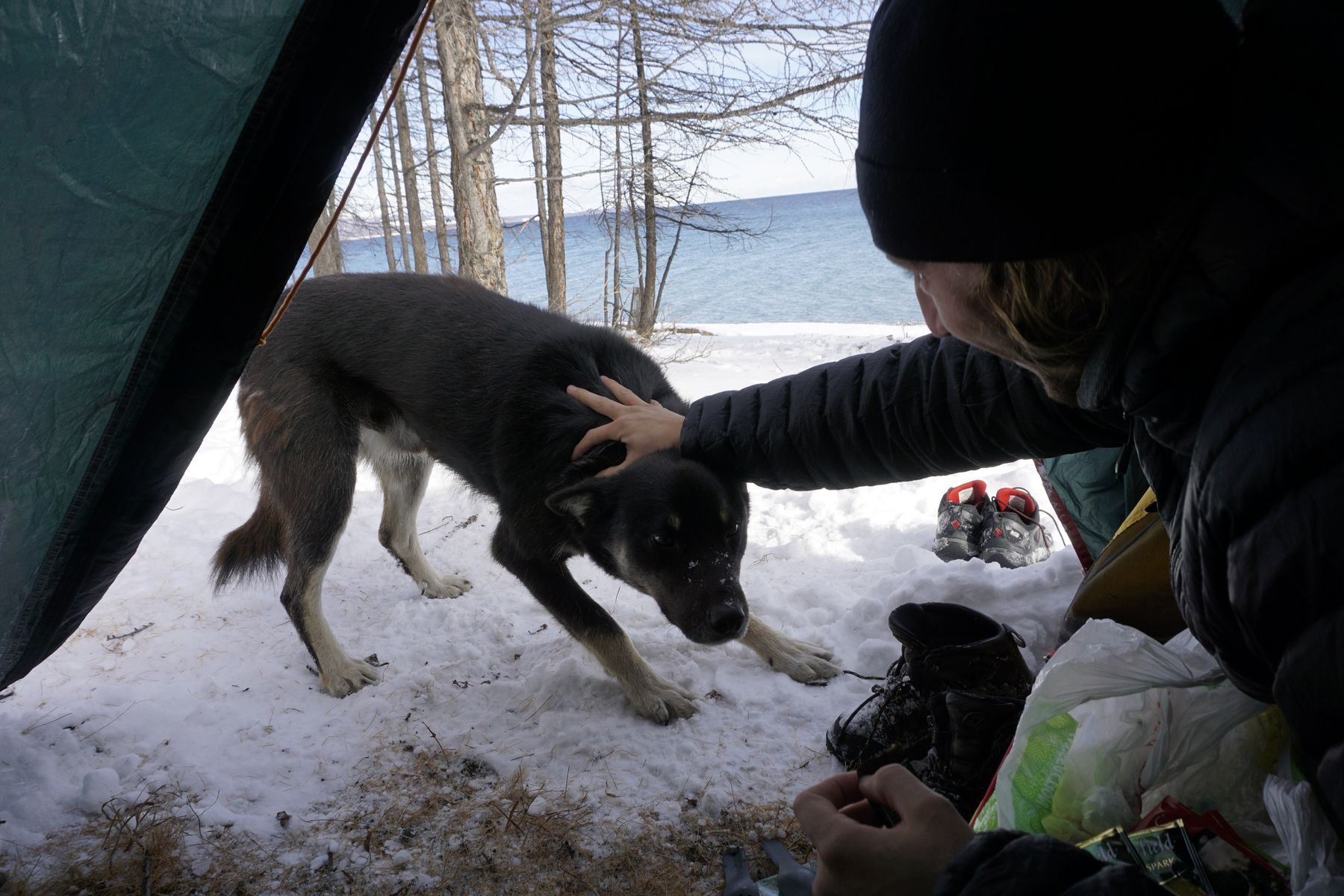 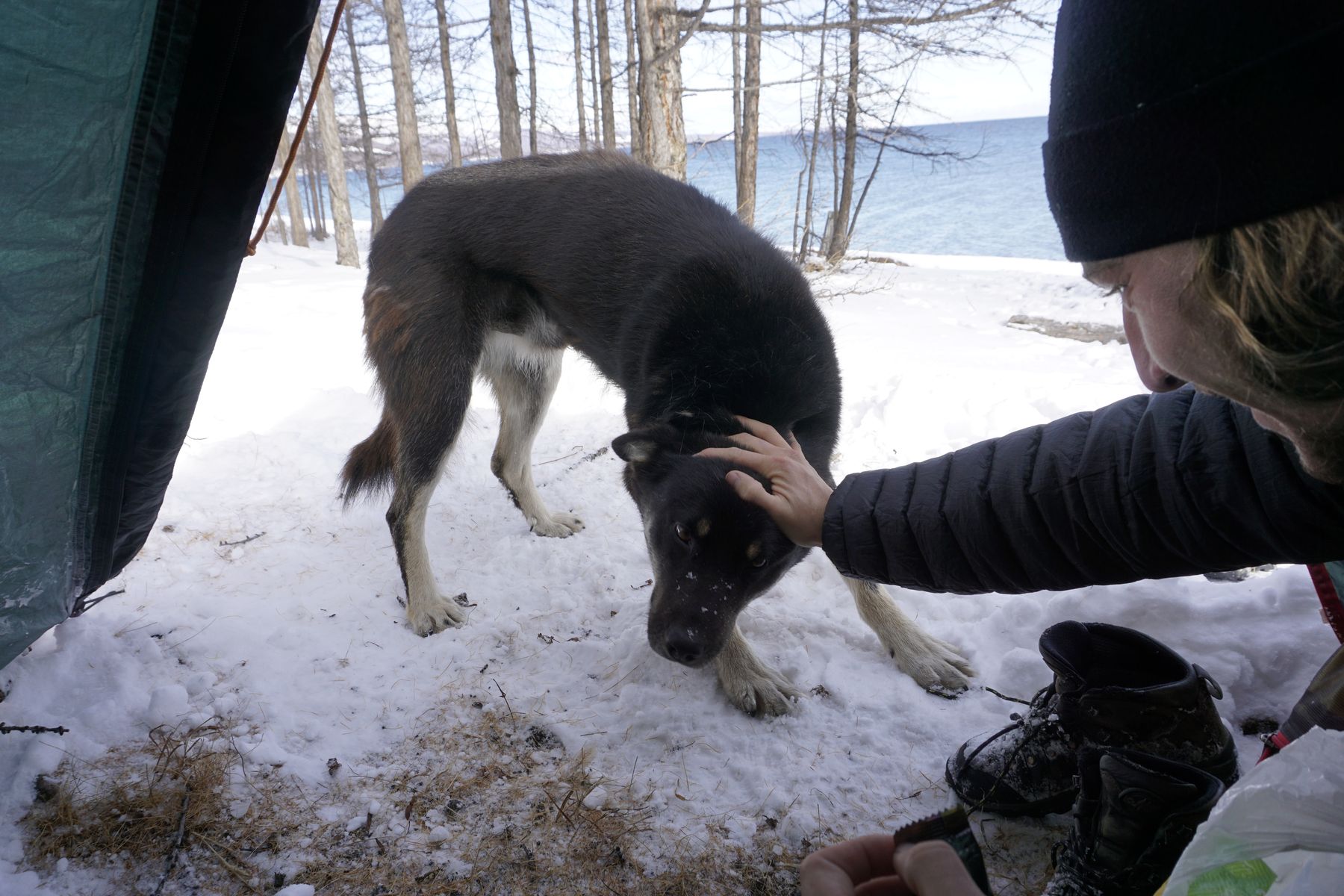 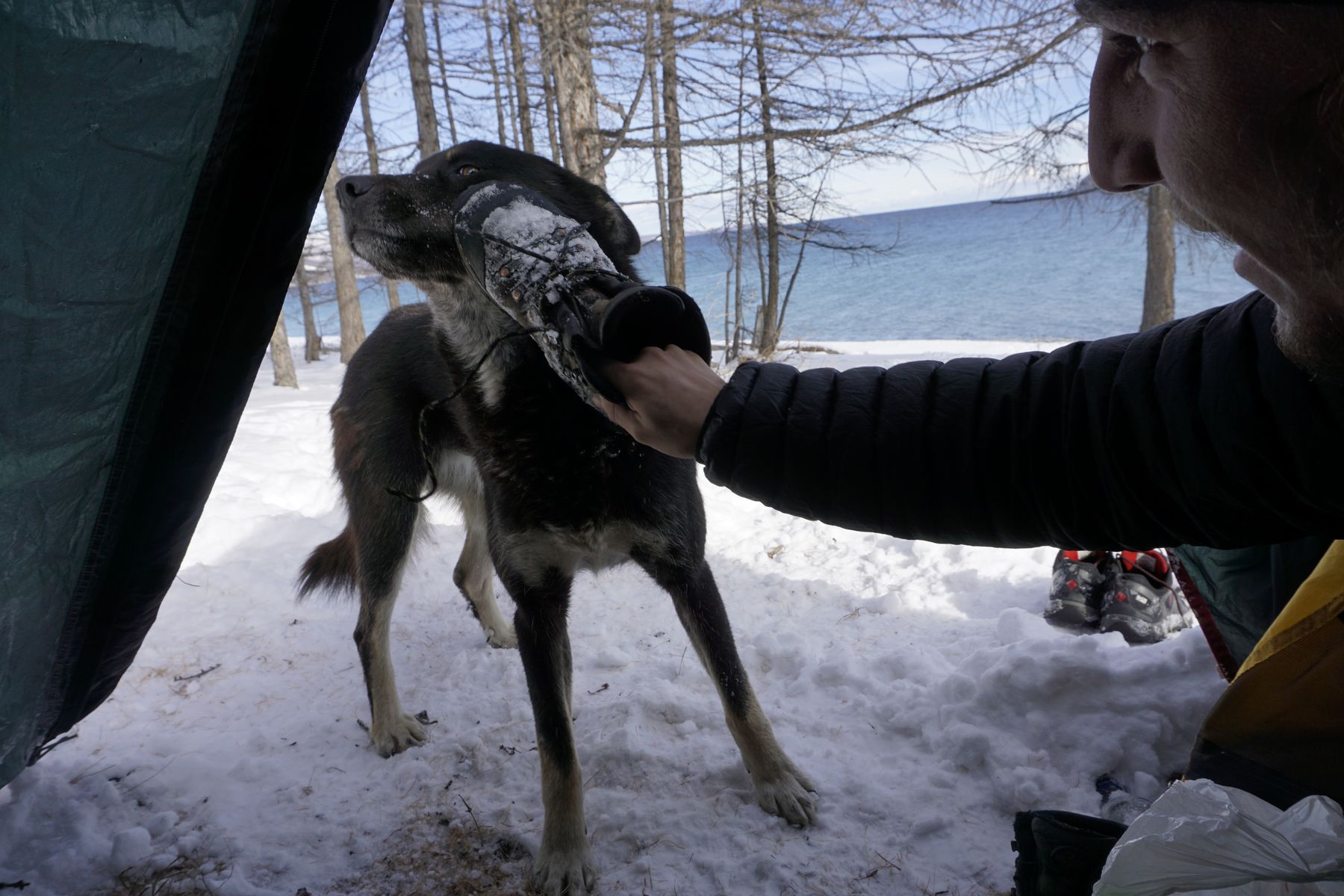 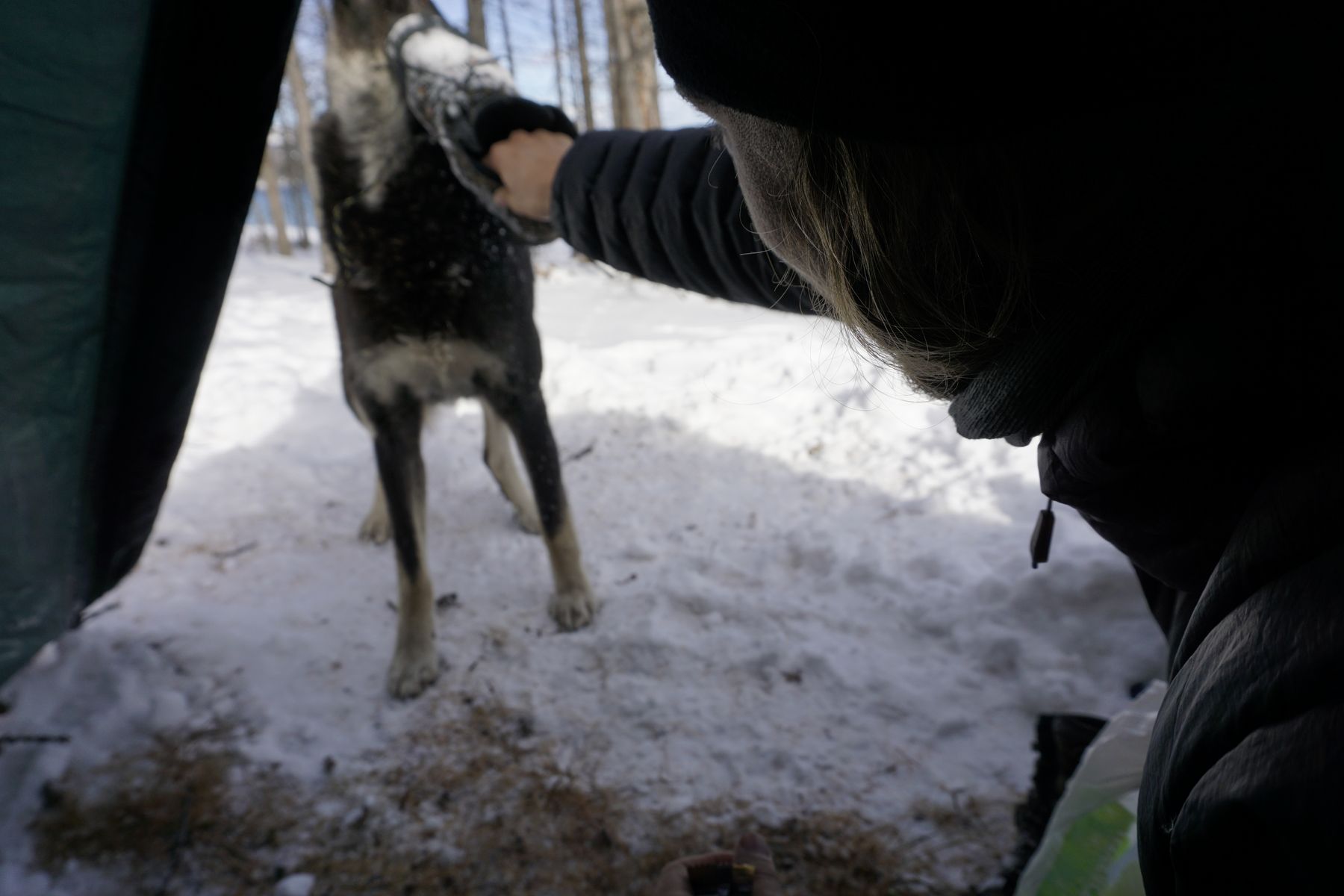 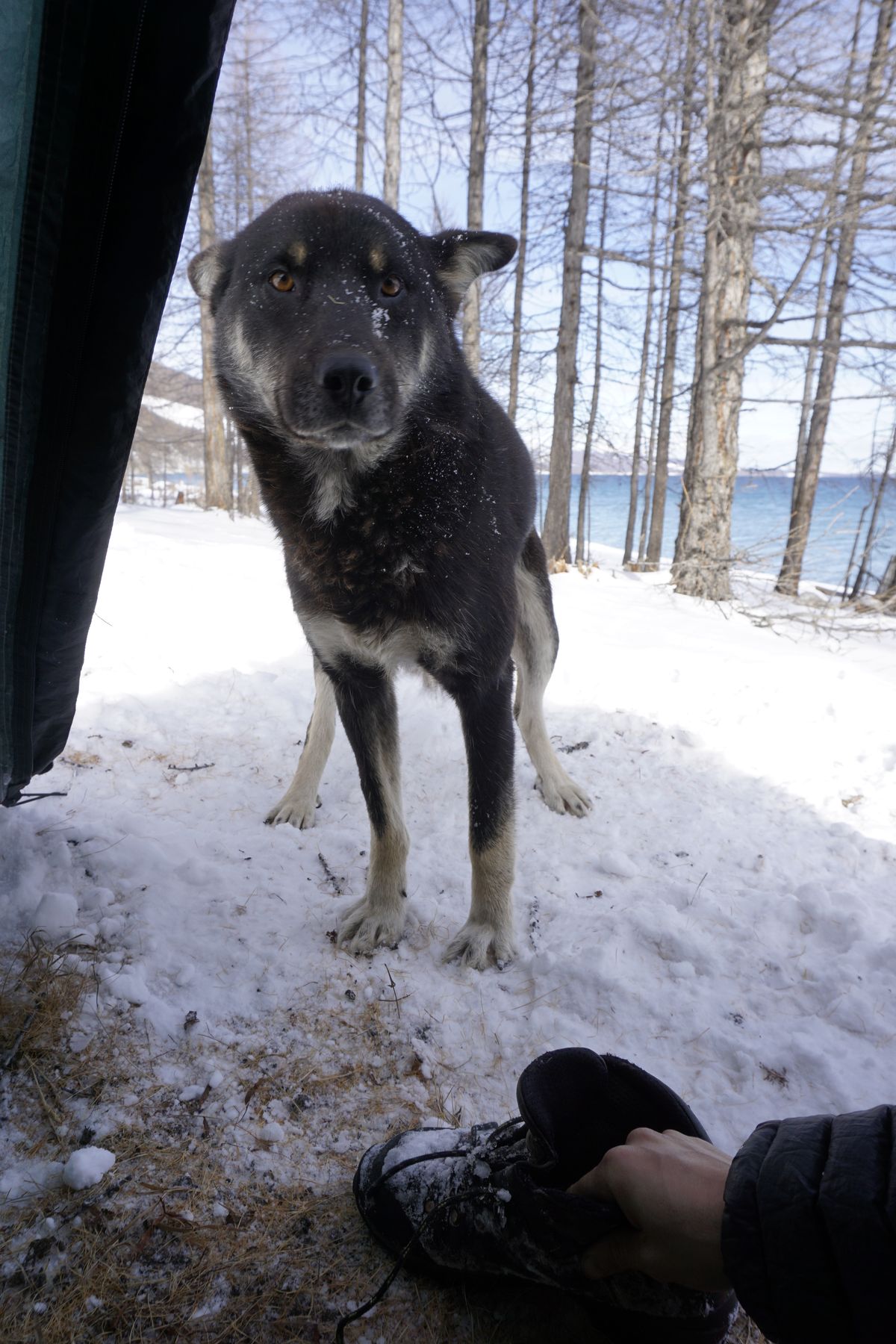 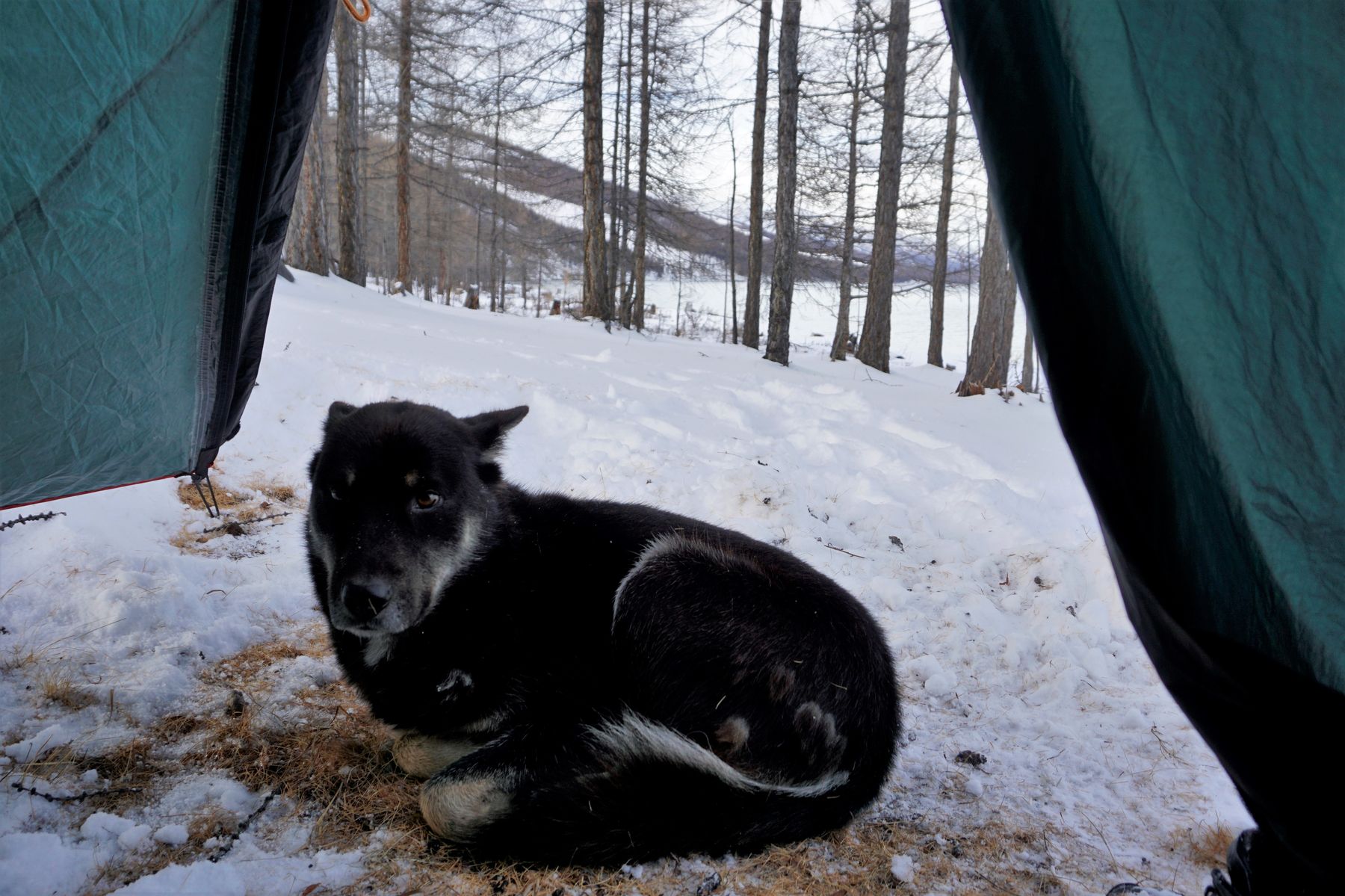 Total expenses of day 6 in Mongolia: $0.